There are two common types of anorexia, which are as follows:

Though two classifications of anorexia nervosa exist, both types exhibit similar symptoms, such as irrational fear of weight gain and abnormal eating patterns.

Anorexia is not a simple disorder.

It has many symptoms and effects, and its causes are complex as well.

Currently, it is thought that anorexia nervosa develops as a result of multiple factors, both biological and environmental.

Examples of environmental factors that would contribute to the occurrence of this eating disorder are:

Examples of biological factors include:

An individual suffering from anorexia nervosa may reveal one or several signs and symptoms such as: 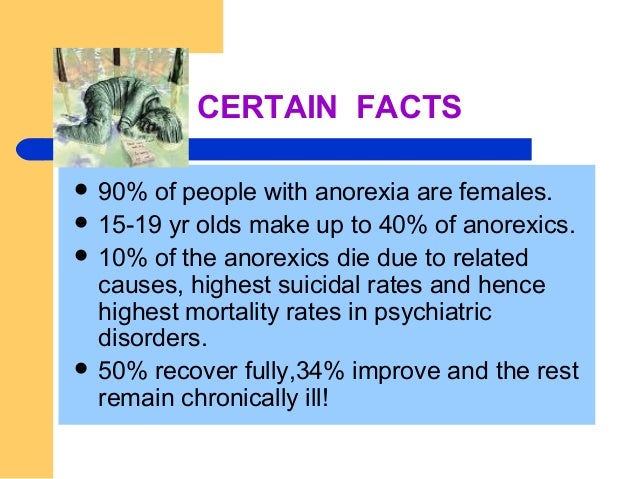