The difference between fear and phobia

Diagnosable phobias are not common

There are three main groups of phobias which include:

People suffering from social phobia may:

How Do You Develop a Phobia?

What is the Fear of phobia(s)?

What is the Fear of Fire?

What is the fear of the unknown? 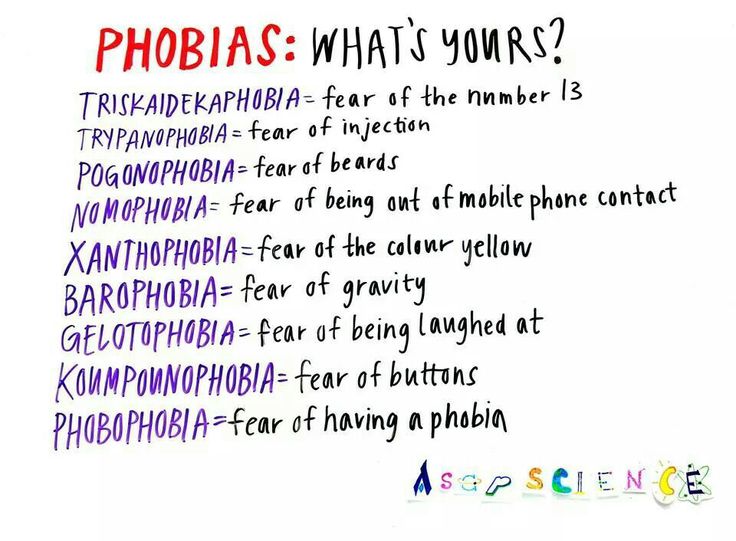 1. Acrophobia – The fear of heights

2. Arachnophobia – The fear of spiders

3. Ophidiophobia – The fear of snakes

4. Agoraphobia – The fear of open or crowded spaces

5. Cynophobia – The fear of dogs

6. Astraphobia – The fear of thunder and lightning

7. Claustrophobia – The fear of small spaces

8. Mysophobia – The fear of germs

9. Aerophobia – The fear of flying

10. Trypophobia – The fear of holes

Four Ways to Overcome your Fears or Phobias

1. Identify your fear. Really think about what you’re afraid of. For example, while you may hate going to the dentist, it might be the use of needles that you’re truly afraid of. In this case, you’d want to focus on your fear of needles, not the dentist.[1]

2. Write down your goals. Set tangible, achievable goals. It will also be helpful during treatment to consider the benefits that come from these goals. Write down a variety of goals at different levels. Having small achievements will help you work towards tougher aims.

3. Make a coping strategy. It’s naive to assume that you won’t encounter any obstacles. Instead, imagine how you want to react to what frightens you. You could visualize something else, face the fear head on for a set amount of time, or you could distract yourself by doing an activity.

4. Know that being afraid is perfectly normal. After all, fear has helped humans survive in many situations. On the other hand, fears may easily turn into phobias, also prevent someone from accomplishing certain things. For example:

These are the top 100 phobias in the world, with the most common ones listed from the top. You can click on each phobia to learn about causes, symptoms and treatments.

Photophobia – The fear of light caused by something medical or traumatic.

Disposophobia – The fear of getting rid of stuff triggers extreme hoarding.

Numerophobia – The fear of numbers and the mere thought of calculations.

Ombrophobia – The fear of rain. Many fear the rain due to stormy weather.

Coasterphobia – The fear of roller coasters. Ever seen Final Destination 3?

Thalassophobia – The fear of the ocean. Water, waves and unknown spaces.

Scoleciphobia – The fear of worms. Often because of unhygienic conditions.

Kinemortophobia – The fear of zombies. Being afraid that zombies attack and turn you into them.

Myrmecophobia – The fear of ants. Not as common as Arachnophobia, but may feel just as intense.

Taphophobia – The fear of being buried alive by mistake and waking up in a coffin underground.