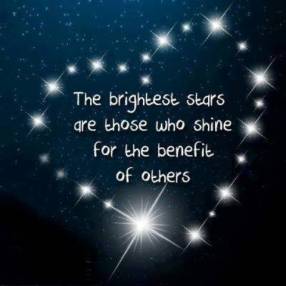 I am very sorry there was too much negativity in my life yesterday and I am very sorry for exposing it to everyone on my blog and Twitter. I am tired of the events on Twitter yesterday. They have exhausted me.

I don’t even want to write this post today, because my brain and heart are hurt, wounded and exhausted from dealing with this man named John and his words, tweets, Twitter and the entire situation. The stigma I was exposed to yesterday evoked too much pain and anguish and took too much of my time and energy.

However, I will never stop fighting stigma and I will always call someone out when it occurs. I feel it is my job as a mental illness advocate. We cannot let it happen. We must increase awareness, educate about it and stop it, even if it is trying to stop one person at a time.

I also want to clear up any confusion that may have occurred with anyone that followed any of it on Twitter. I learned while I was at work yesterday, he was bad mouthing me and saying that I was the one that started everything and I, “that woman” trashed him.

He also added that he had OCD. I am sorry he has OCD, but that still does not give him a right or an excuse to say or tweet the words he did or to stigmatize mental illness in any way shape or form. He used Twitter like a weapon and a tool to rid himself of his own pain, is my guess.

I hope that somehow I helped John and maybe others become more aware of mental illness stigma and what it is and how it can hurt people. Most importantly I pray I taught people or at least one person to stop stigmatizing people with mental illness and to stop being mean and bullying people.

Like one blogger wrote yesterday, sometimes you just can’t change people, but I am going to keep trying, fighting, educating, and talking about mental illness stigma to prevent and end stigma. We must do it now.

I don’t want people to get hurt by stigma. I was yesterday. John’s words surprised and shocked me and hurt me. They really did. I didn’t even understand where they were coming from. I was so dumbfounded.

pray for whats hurting him and others.

Keep shining and be a light in the ever-growing darkness.”

I know the name of the man who wrote that quote, but I am not sure if he wants me to put his name on my blog. So, to be safe and kind to him, I put anonymous instead of his name. His words are so beautiful and true. I wanted to share them. I know I need to remember them always.

I am going to show you the snapshots of my dialog and the conversation from Twitter yesterday and please be honest of what you thought about my comments and his. Last night on Twitter he has said that I attacked him. His words were “that woman trashed me first. She started it.” However, he eventually apologized and I do appreciate that.

Seeing those next words, “Aren’t you bipolar?” totally threw me off guard. I had no idea why he would ask me that or how on earth it had anything to do with our conversation about the Trumps. I knew it didn’t, so…

6.  I suppose I am very sensitive and aware of word usage, so I thought I would use this opportunity to educate a little to let him know I was not bipolar, but that I have bipolar.

While I was explaining that I am not bipolar, but I have bipolar disorder, he answered why he asked me if I was bipolar and…
7.  John tweeted, “Because you are acting erratically, plus it is on your profile. lol”
He could have just said that it was on my profile, and that would have been acceptable to me. It would have been fine with me and I would not have cared, but it was his words, “acting erratically” that came from nowhere and for no reason and hurt me.
It was not funny, but was rude and cruel, so…
8.  I tweeted back, “I’m not acting erratically and I truly hope you are attempting to make a joke that is not in any way funny.”
9. John tweets back, “The joke is that it is on your profile, now find a sense of humor.”
What a cruel bully he is. It made me more angry, because he tried to bully me and ordered me to find a sense of humor. Ugh. It is not funny and that makes me mad.

10. Then I tweeted, “You need to find a sense of humor, because you are not funny.”
11. John tweeted, “Stick to being bipolar, now go argue with yourself.”

14. John tweets, “Good, now go take your meds & remove it from your profile if you don’t want tone called out for it.”

15. I tweeted, “I will never take it off my profile because I am a mental illness advocate and am trying to educate idiots like you. That is my job and obviously there is a lot more work that needs to be done. You say something stupid and I can call you out on it.”

I am not safe or free from harm, if I disclose I have an illness called bipolar disorder? Well, that is plain and simply called sitigma and is completley wrong on so many different levels that I cannot even begin to go there. I think you have get the idea behind that nonsensical comment.

I wanted to make sure I added all the tweets in order, especially because while I was at work yesterday, he tweeted about how I started it all and I, “that woman,” trashed him. He also said that he thought it was all in good fun because we were joking with each other. I do not know when I appeared to be joking. Lies. I also did not trash him or start anything. More lies.

The only thing I said at all that was rude was that I told him he wasn’t funny and told him to be nice once. It was my last tweet that I may not have used nice language and I am sorry about that. I need to come up with better words than ignorance and stupid. I should never call anyone that and I am sorry.

Stigma is ignorance. Racism is ignorance, too. I need to find better words. It is a lack of awareness and education. Sorry, but stigma and racism and discrimination and bullying of any kind makes me upset, even more so when it is done to others.

I used to always tell myself this quote, when my children were little.

“Children need love the most, when they least deserve it.”  ~unknown

I need to try remember that, when I am being hurt by words and when I am seeing mental illness stigma and racism of any kind. I could remember those words and the idea behind it, when it applied to my children. I need to remember it now when it applies to adult children, adult broken people. I believe anyone that is cruel is broken in some way.

John said he has OCD and I am sorry he has OCD. I would never make fun of OCD or someone with who has OCD. Just because someone has a mental illness, is never an excuse for cruel or lousy behavior. Having OCD does not give John the excuse or justification to stigmatize someone else and it doesn’t lessen the damage and wrongs that he did and said.

Ignorance or having mental illness is not an excuse for cruel behavior. Just because you have a mental illness does not give you the right to stigmatize others. I have bipolar 1 Disorder, PTSD, personality disorder, generalized anxiety disorder, and I am a suicide attempt survivor, but none of that gives me the right to make fun of another human being, no matter what state of mind or mood pole I am in. It is never an excuse for lousy or cruel behavior.

I forgive John. I have had to block him from Twitter though because this has completely exhausted me and he scares me now. I am tired of the entire situation and I am bored of it. I did not even want to write this post today, because this was too much and I just want this to be behind me. I want to forgive and forget.

It feels so much better to let this go and forgive him and pray for him. I pray one day he has a happy heart and happy spirit and will be able to show and express love and kindness to others, instead of hate.

I did thank John for giving me examples to use to show others what stigma is. I think many people don’t believe that stigma happens as much as it does. Many people are in denial of the realities of stigma and the pain it can cause.

Stigma is real. It happens. I showed you new examples of the stigma I faced on Twitter yesterday.

Please make a Tweet using a hashtag # and the words ihave

to help stop and end stigma!

Please help me by tweeting #ihave and see if we can start a new movement and increase awareness of mental illness, mental illness stigma, suicide and suicide prevention. It is all related in some and many ways. Please help save lives.

Shine your Brightest Light in the Darkness of Stigma

Thank you for reading my long post and thank you for helping me with my Twitter #ihave idea, if you can. I appreciate all the help I can get with this.

The bottom line is that all of this was caused becasue I have bipolar disorder and I proudly displayed that on my profile on Twitter. That should not be a problem, but it still is to too many people and I happened to meet one of them on Twitter, unfortuately. Hopefully, I helped so that he will not hurt anyone else.

Have a happy, healthy, stigma-free and fabulous weekend. Happy Friday.